Erie Canal Museum has posted a video of their December 22 program: Interesting Infrastructure: Four Unique Mid-Atlantic Canals. You can find it at:

With the completion of the Erie Canal in 1825 the United States experienced a period of “Canal Mania,” resulting in the construction of thousands of miles of the canals throughout the country. While most attempted to emulate the Erie Canal in its economic success, the realities of geography, finances, politics, and engineering necessitated that each canal be unique in its own special way.

This roundtable, featuring Rod Mackler of the Chesapeake & Ohio Canal Association, Bill Merchant of the Delaware & Hudson Historical Society, Derrick Pratt of the Erie Canal Museum, and Tim Roth of the Canal Society of New Jersey, examined four of these unique canals, looking at their similarities and differences while having an engaging exchange on 19th century American canals. 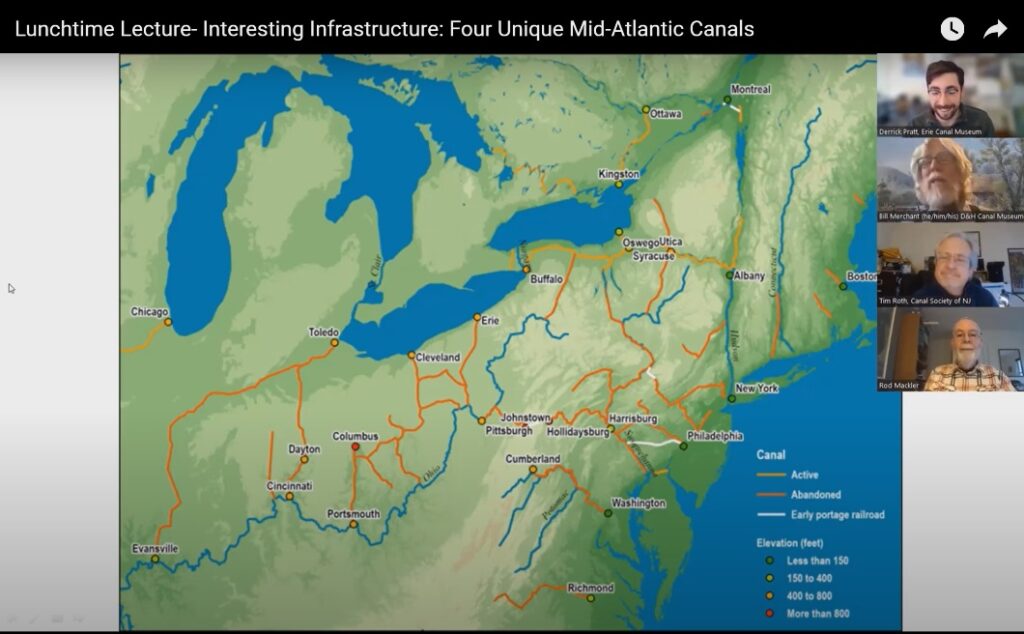